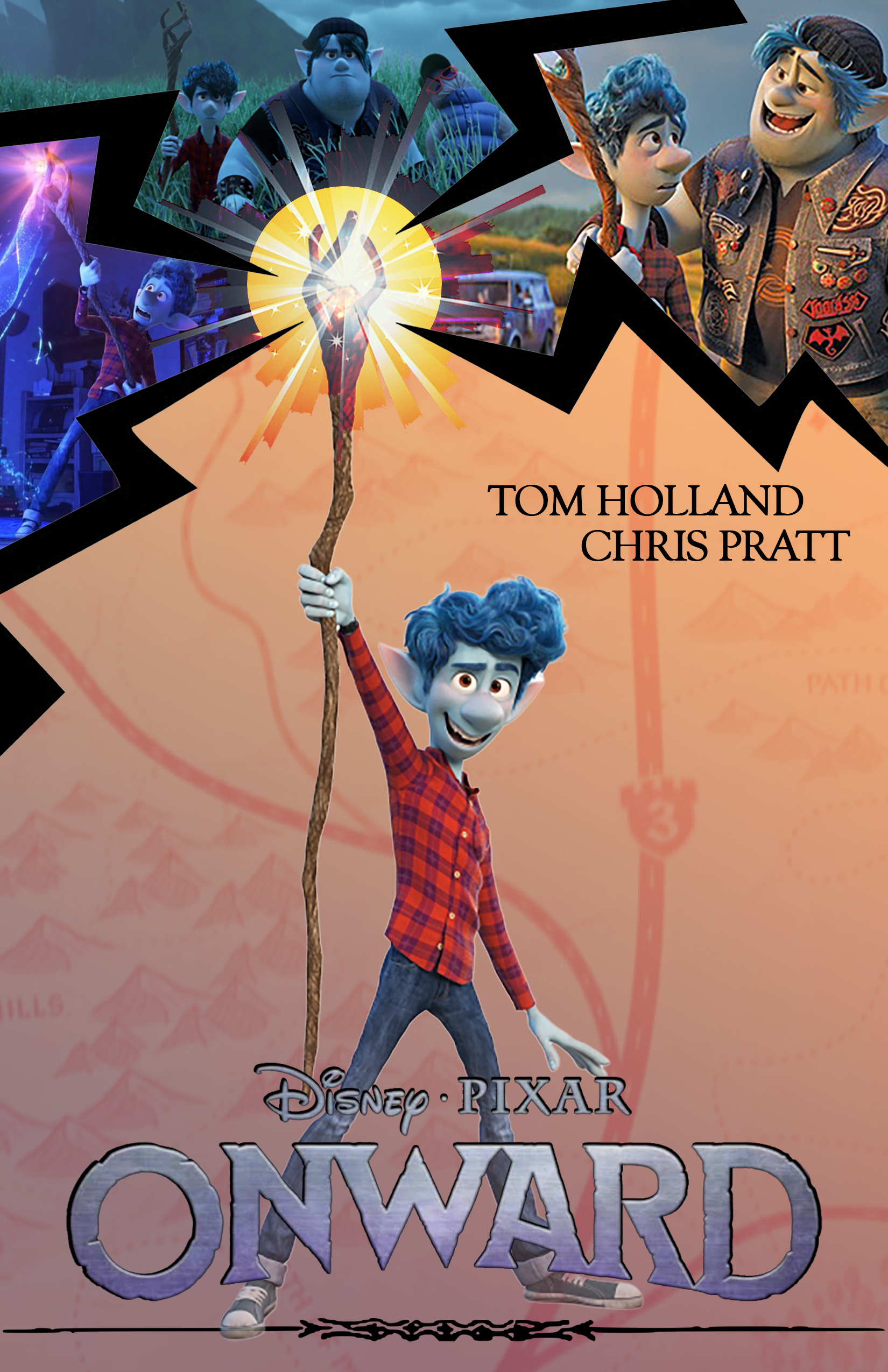 After a truncated theatrical run due to the Coronavirus, Pixar’s latest film was quickly moved to where audiences are… At home, watching Disney+ and looking for something new.

When it comes to Pixar’s animated films, I’m about half in the bag. The animation I grew up on was hand-drawn and either broadcast on Saturday mornings (X-MEN!) or featured catchy songs performed by a coming-of-age princess or lion.

I was too old when they first hit theaters to be considered a Pixar kid and I never made a significant effort to see them all, but over the years I’ve seen many and have generally found them to be of excellent quality. A few duds aside, the original storytelling is always top-notch while the simple, yet layered plots allow viewers of all ages to get lost in a transformative entertainment experience.

From Toy Story shattering expectations of what animated feature films could be back in 1995 to the string of boundary-breaking films that followed, Pixar was simultaneously the edgy pioneer and the experienced pro. They took the best lessons of how to tell stories from the past and applied them to the promising computer animation technology of the future. And they did it flawlessly.

I still proudly place The Incredibles (2004) somewhere in the back-half of my top-10 all-time favorite movies list.

So then, where does Onward fit into the studio’s larger filmography? Well, let me be the first to say, it’s pretty great. Here’s why it worked so well for me.

Onward is a story of two brothers coming to terms with the absence of their deceased father, set in a modernized fantasy world and told as a Dungeons & Dragons style adventure.

It checked SO MANY of my boxes it’s like this movie was made for me. Ironically though, it wasn’t made for the D&D playing, fantasy world seeking younger version of myself in the late 90s, but rather for the mid-thirties, father of two version of me that exists today. This is the kind of film I would want to make, if Pixar had asked.

First, it’s hard to separate the D&D specifics from the quest generalities, but this movie abounds with references and tropes from the fantasy genre. Set in a fantasy world setting that has been evolved to modern-day suburbia, the movie tells a tale of two elf brothers and a few others embarking on a mythic quest for a powerful gem that can complete a spell that would resurrect their late, wizardly father for one day.

I mean, a group of unlikely companions on a journey to find a gem, cast a spell, and realize a magical dream is the stuff of classic fantasy lore.

From the small genre nods, like a pet dragon named Blazey, to more overt ones, like the legendary manticore as a central supporting character, Onward packs-in hundreds of fun visual jokes and ideas into its 142-minute run time.

As a diehard fan of the Lord of the Rings films (extended cuts or nothing), my favorite of all the little in-world jokes was a fast food restaurant that our heroes drive past called “Burger Shire” which proudly displays a sign advertising “Second Breakfast,” which are two fantastically-nerdy LotR references.

Second, our two brother heroes, Ian and Barley Lightfoot, are wonderfully voiced by Tom Holland and Chris Pratt, whose natural comfort in these roles and chemistry together is apparent right away. Both actors have worked together as Avengers in the MCU (shoutout to Starlord and Spiderman!), but in Onward they’ve been stripped of their facial and body expressions, leaving them with only their voices to bring the main characters to life on screen.

And they both do a terrific job, especially Pratt, who’s so perfect as Barley that I can’t imagine anyone else playing him. Except maybe Jack Black.

What’s more, the story itself is about the special relationship that brothers can sometimes share.

Personally, this aspect hit me the hardest. As the movie progressed, I watched how younger Ian relates to older Barley, and as their relationship developed from somewhat distant teenagers, to companions on the road, and eventually to brothers in arms and beyond, I felt a genuine sense of familiarity. I too have an older brother, and like Onward’s animated heroes, our relationship has grown and become very close as we’ve aged and experienced life.

Finally, at the end of Onward’s quest is the brother’s late father. After a literally half-successful resurrection spell kicks off the plot, the brothers are accompanied for the journey by the lower half of their dad. The glowing set of walking legs bring comedy, calamity, and provides a constant reminder of their ultimate goal… Completing the spell.

During the trials and tribulations of their quest, Ian and Barley connect over multiple things, but the most significant and impactful are the things on Ian’s “Things to do with dad” list. However, as their adventure comes to its climax, the film makes its most dramatic move by empowering Ian, the story’s main character, to sacrifice his desire to meet his dad for his brother, who deeply needs to see, hug, and get the closure he missed at his father’s original passing.

It’s one of those storytelling moments that feels like it comes out of nowhere until the plot reveals how well constructed the “twist” actually is, and it plays like no other ending would’ve even worked. It’s rare to see it done so well, especially in an animated movie for kids, but it landed evenly for me.

To be fair though, my wife didn’t like it nearly as much. She felt like any positives gained from the filmmaker’s poetic choice fell short of a more traditional ending that would’ve included a face-to-face reunion between Ian and his father.

And I can see that perspective but find the provided ending far more accurate to real life. In loss, survivors are left with unsolvable questions, but while a magic spell could bring some helpful answers, for Ian to realize that he’s okay without them—as a result of realizing he gets what he needs from his brother and mother—is a potent and far more obtainable resolution for audiences to strive for.

Sadly, in real life we can’t use a magic spell to have a conversation with our lost loved ones, but we can find a way through our loss by turning to our remaining friends and family for support, care, and love. And that’s the film’s message: That death will define your life if you only look at what’s been lost and ignore what you still have.

That’s big stuff for kids, but it’s pretty good-sized stuff for adults too.

The true creative power of Pixar is in their understanding and utilization of how characters relate to each other and their worlds through story. Be it a group of toys desperate to remain a child’s favorite plaything, a lonely adventurer finding companionship in a do-gooding boy scout, or a young girl’s colorful emotions coming to terms with her inevitably growing up, they’re incredible at presenting the naturally relatable center of these characters and stories.

So, while it’s not a perfect film, I can honestly say that I loved Onward, and all the emotional places it took me.

Jon lives with his wife and two young daughters in Tacoma Washington. His days are evenly divided between playing original kid songs on the guitar and chasing little ones around the yard until his knees give out. He recently moved south from Seattle to Tacoma, fully embracing his new home and community.