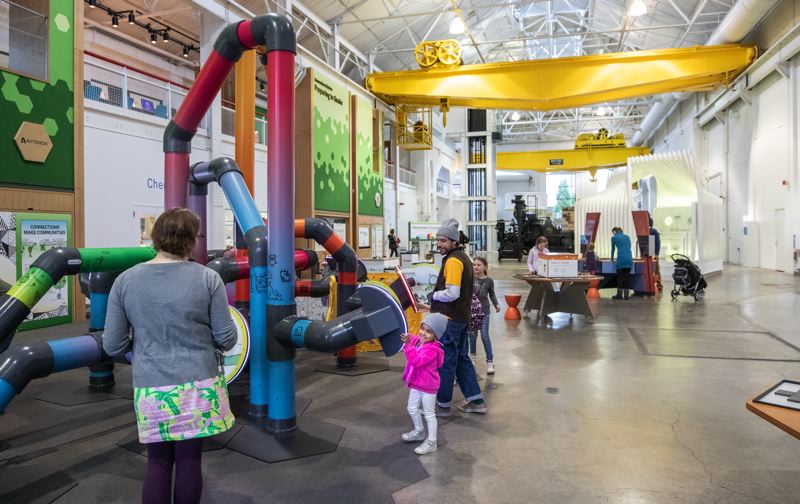 We are all two summers removed from the beginning of the new pandemic life, and some places you likely frequented each summer before 2020 are fully open now and waiting to see you again.

Where did you go two years ago and haven’t been back to since – because you either forgot about them or assumed they weren’t operating anymore – or weren’t back to being open? Well, these places are still out there, and they are definitely ready for visitors today.

Portland’s original theme park, Oaks Park predates the long-forgotten Jantzen Beach amusement park that opened in 1928 and shut down in 1970. Oaks Park opened in 1905 and has been offering a warm welcome to Portland residents and out-of-town tourists ever since. With plenty of rides for guests standing at least three feet, for those little ones and the rest of the family, there is also a skating rink, mini golf, and carnival games. It’s been a staple in the Rose City for over a century and deserves to be a part of your summer.

The tradition of getting kids to learn about science in a fun way began toward the end of WWII and continues to this day. Oregon Museum of Science and Industry continues to bring interactive exhibits to kids and adults alike, and makes learning enjoyable for the whole family. With a laser light show, movie theater, and planetarium, you’ll have difficulty finding stuff not to like. Speaking of the movie theater, OMSI is currently showing the Lord of the Rings and Hobbit movies, so you can revisit Middle Earth the same time you visit OMSI.

Most people go to Multnomah Falls, hike the trails, maybe grab lunch at the lodge, and then head home. On the way back, someone inevitably points to a dome sitting on the tip of a cliff and asks, “What’s that?” Thank you for asking the question. That domey thing is the Vista House. Built in 1918 as a rest stop for visitors traveling the gorge to take a break and learn about the area’s rich history, it’s a one-stop shop for history, gifts, and breathtaking views. It costs nothing to go there, which is probably why the scenic photo opportunities are considered priceless.

Remember the last time you were at the Zoo and wished there was more aquarium stuff? You probably just meant to drive to Newport and visit one of the best Aquariums on the west coast. The undersea tunnels make the drive worth it from any distance, but the unique exhibits and giving your kids the chance to meet their favorite undersea creatures up close are tough to beat.

Ripley’s Believe It – Or Not

If you think you’ve seen it all, think again. Ripley’s brings you into a world where the surreal and the real exist side by side. Your mind and eyes will be treated to a treasure trove of exhibits that make you question what you’re seeing. And if that isn’t enough, head to their wax museum and see if you can handle the all-too-real exhibits. If you need to burn off some steam after that, they also have laser tag.

In addition to cafes and restaurants like Street 14 Cafe, Custard King, and Silver Salmon – there are plenty of tourist spots in this coastal town. Sometimes a trip to the north coast calls for a self-guided tour of the filming locations for Kindergarten Cop, Goonies, Free Willy, and Short Circuit. Wandering the pier or Commercial Street can be fun, but taking driving tours of some spots from the movies you grew up with can be great also. Bonus points if you play music from movie soundtracks. Need more info on these films? While in town, head to the Oregon Film Museum and check out some very neat memorabilia.

In this coastal town, you can spend an entire day on less than $100 if you’re good at what you do. From the Funland Arcade to Tilt A Whirl to Bumper Cars to Miniature Golf – you can make a day of it with not much spending cash and a Pronto Pup when you need a pick me up. With the beach just steps away, it’s a great place to spend a summer day – while they last.