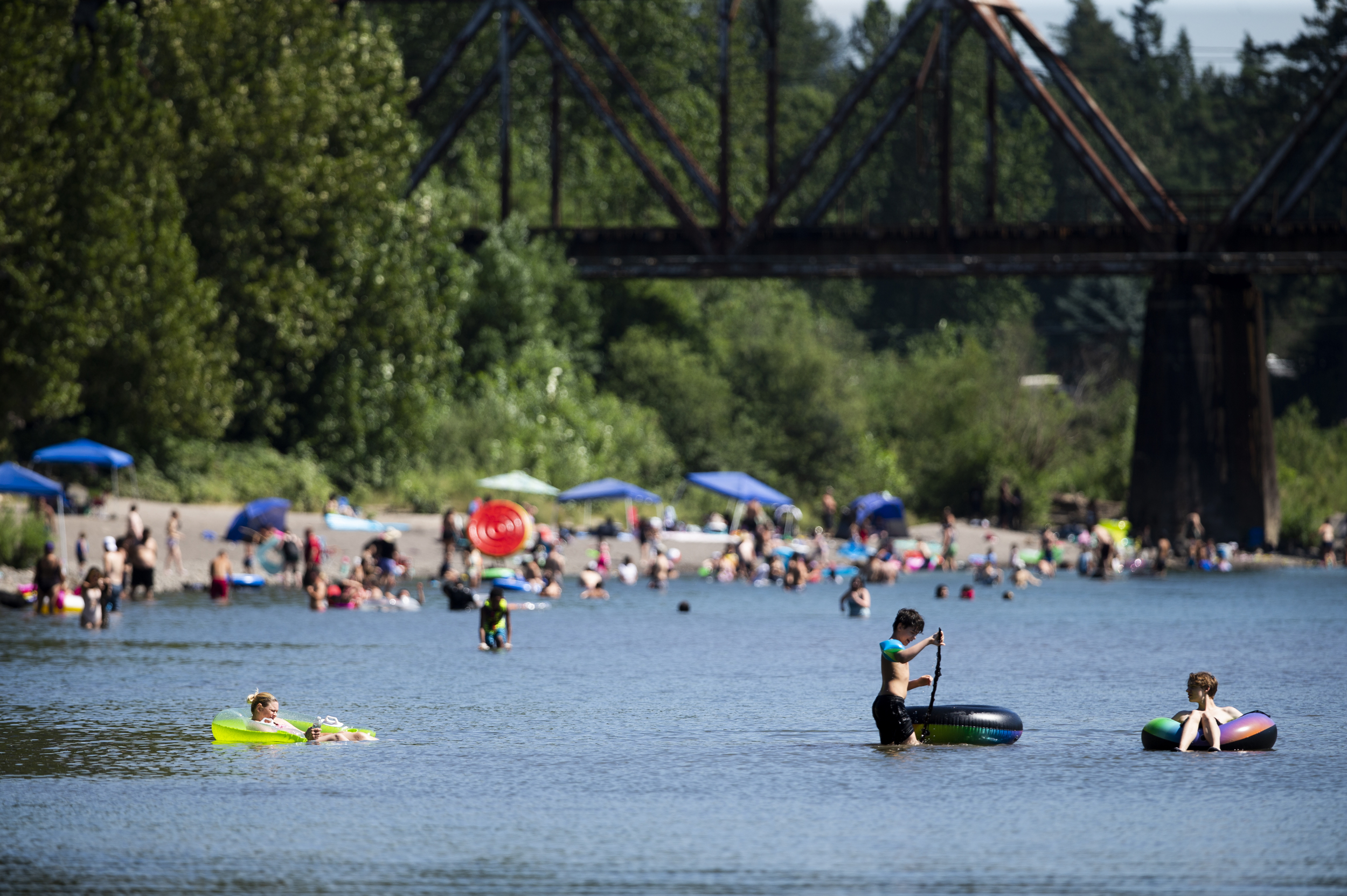 Oregon is on high alert with wildfires spreading as the state becomes more of a tinderbox by the hour. And to make matters worse, most of the state is expecting another very hot weekend with many areas expected to approach or exceed triple digits Friday, cool slightly on Saturday, and then get into more comfortable temperatures on Sunday. But there won’t be many places you can go to escape the heat until then.

The coast is the best option, as temperatures will land between the low 60s and high 70’s depending on which city you land in regardless of region. The rest of the state is likely to be scorching hot though, so don’t plan to just arrive near trees or water to save you.

From Portland to Medford, expect to see temperatures hovering right around 100.

You can head to Mount Hood for some relief, but not much. The best spots will be very crowded and will only grant you a max of 10 degrees cooler – though that might be worth it for a day if you can get in the water at least.

Hood River will be warmer than the Portland area, so heading east on 84 won’t get you the usual break from the heat. You’ll get wind most likely, but it’s going to be a warm wind.

You can essentially throw a dart at a map of the Oregon coast and get significant drops in temperatures:

And if you think seeing three numbers on the thermostat sounds crazy, you aren’t wrong. Consider that some of the hottest spots on or near the West Coast are going to be in the same range as Oregon, which is pretty wild. Or that it will actually be cooler in LA and Las Vegas this weekend? That’s beyond wild.

So where can you go? What can you do?

If you have central or portable air conditioning in our home, enjoy it. Many folks in this climate don’t have either, and will be extremely uncomfortable in their homes. You can get some of your daily steps in by wandering a mall and taking your time in the larger and less crowded stores. There’s no such thing as leaving a place like Target empty handed, so be careful about going there for some wandering in the air conditioning unless you trust yourself more than the rest of us.

If you live in a close enough area and don’t want to stay in town just to duck into buildings, just drive to the coast for the day. Lodging is likely going to be sparse and expensive, so plan on just going for the day and if you’re in the car before noon, you can probably get a whole day out of it and might get home after sunset when the cooling starts.

If you do head to the coast and don’t want it to be just another beach day, the Aquariums in Newport and Seaside will offer educational fun for the whole family. You can walk the pier in Astoria or check out the column. Walk the boardwalk in Seaside, get some outlet shopping done in Lincoln City or Seaside, wander the dunes in Florence, or take in some first rate golfing in Bandon.

You can check out your city pools, or if you live within shouting distance of the Clackamas area, you can head to their indoor water park.

If you literally just need relief from the heat, many cities are designating specific buildings as “cooling centers” for folks to duck into and cool off. Check out your city’s website and social media pages to find more info.

Whatever you do, just make sure to be smart. Hydrate, take a break and rest if you feel any symptoms of heat exhaustion or heat stroke, and don’t hike, run, or wander anywhere outdoors alone if you can avoid it.