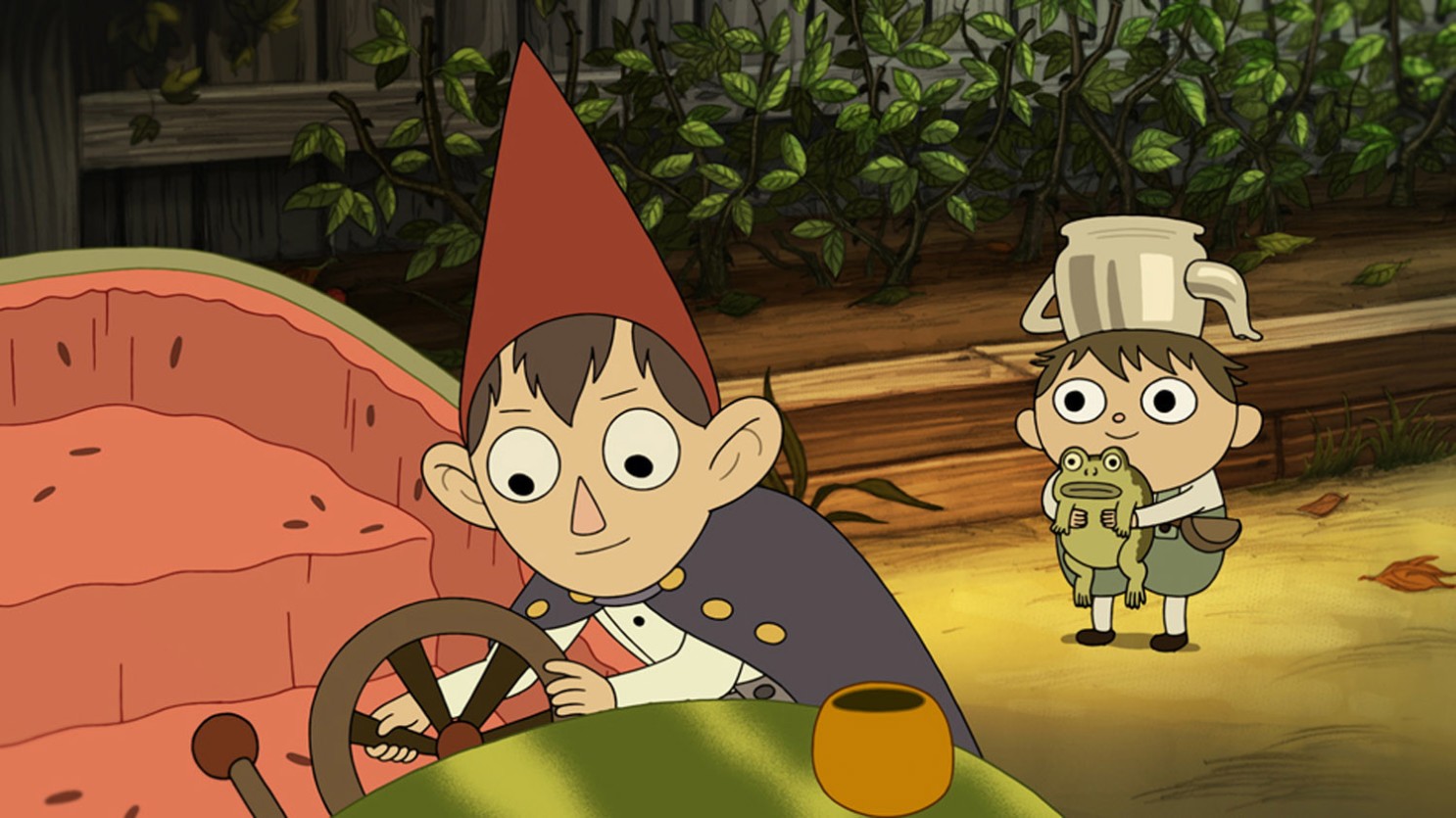 With streaming platforms only adding to their catalog of old and new cartoons each year (and local Portland video store Movie Madness still open for pickup), there’s a seemingly endless amount of cartoons available to watch out there. Classics like SpongeBob SquarePants, Powerpuff Girls, and Avatar: The Last Airbender are all great choices for Saturday morning, and there are also hidden gems and recent innovations in animation to choose from if you’d like to change things up. If you’re looking for something a little spooky but not too scary this Halloween season, Over the Garden Wall is a perfect choice.

The eerie and sweet mini-series came out on Cartoon Network in 2014, and recently reappeared on streaming platforms. The episodes are only about 10 minutes each and are great for a fall Saturday morning marathon. The show is rich with imaginative images, interesting songs and music, and a storyline that takes place in a unique and otherworldly universe. The story follows Wirt and Greg, kid brothers who are lost in a forest called the Unknown. The characters’ journey takes them on many wrong turns, with strange creatures greeting them at every pathway. Walking pumpkins, dancing skeletons, and singing frogs appear in the woods, on boats, and in cornfields. Throughout their mysterious adventure, the two are led through the trees by a bluebird named Beatrice. The show includes recognizable voice acting from names including Elijah Wood and Melanie Lynskey and was created by a former writer and storyboard artist for Cartoon Network’s Adventuretime, Patrick McHale.

What works so well about Over the Garden Wall is its ghostly universe that is both haunting and benevolent. What may have first appeared to be a scary monster ends up being a farmer’s dog, and strangers become unlikely friends more than enemies as Wirt and Greg descend deeper into the woods. Younger kids will love the show’s music, sung by younger brother Greg (who always has a tea kettle on his head), his pet frog, and others they meet along the way. Older kids can appreciate the show’s detailed storylines and writing, which manage to include unorthodox humor and complexities within each character’s words and personalities. So much of the show’s depth lies in the relationships and conversations between characters. The friendship between Beatrice and older brother Wirt is a prime example. Though they may poke fun at each other, the two forge an unlikely bond when hiding together in a strange millionaire’s haunted mansion. The two talk (Beatrice is a talking bluebird) about their past lives before meeting in the Unknown, and their conversations throughout the show only grow more illuminating as the series progresses.

Both the mini-series and the original short it is based upon contain new and magical details with each viewing, and its magic that is not lost once you’ve reached a certain age.  If you’re already a fan of the mini-series, or you finish the whole thing in one night and are looking for more, you can find the original short the mini-series was based upon on Cartoon Network’s YouTube channel. Titled Tome of the Unknown, the short includes the same cast of characters and features a fantastic mix of giant crows, cars made out of vegetables, and the same delightful and original music. Check out Over the Garden Wall while it’s streaming on Hulu, or support your local video store and rent the mini-series from Movie Madness next time you’re looking for a cartoon that the whole family will enjoy.