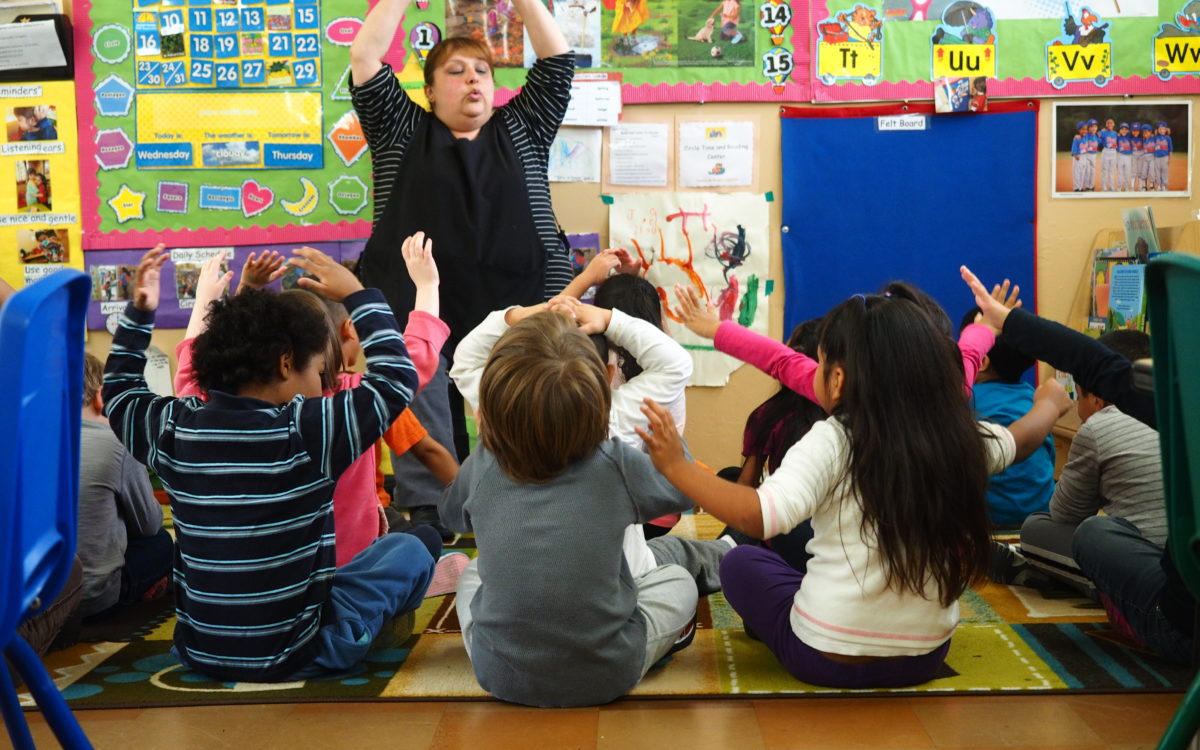 As the country has come to grips with the injustices and inequity Black Americans suffer, it has become increasingly clear that we need systemic, long-term change. The recent resounding calls to defund the police are also in tandem with the urgent appeal to restructure city budgets and redistribute funds toward social programs such as affordable housing, counseling & mental health resources, and of course, education.

For the past decade and across the country, many education professionals have advocated for the broad implementation of early childhood education. In order to get a Universal Preschool measure on the Multnomah County ballot this November, recently launched initiative Universal Preschool NOW! (UP NOW) needs to collect 30,000 signatures. It has currently only reached ⅓ of its goal and the deadline to qualify is fast approaching.

Setting itself apart from other initiatives of its kind, the campaign emphasizes an intersectional and community-based approach. The two-prong proposed measure would not only secure two years of tuition free, year-round preschool for every 3-4 year old whose families opt to participate, but also a fair wage for every preschool worker. Parents would be able to choose from family-based, center-based, community centers, or local school options. The proposal also outlines a plan for program funding; a marginal 3.9% tax applicable only to the top 5% of high income households.

Former president Barack Obama proposed plans for universal preschool in his 2013 State of the Union address. “Children who attend these programs are more likely to do well in school, find good jobs, and succeed in their careers than those who don’t.” Major cities such as Washington, D.C., New York City, Boston, and Chicago have already implemented UP programs.

From a Family Forward Oregon study: “the median statewide cost of full-time, center-based infant and toddler care is about the same as the cost of in-state undergrad tuition & fees at University of Oregon—$1,200/mo.” Oregon is currently the 4th-least-affordable state in the U.S. in terms of preschool costs. According to a 2016 PBS NewsHour report, day care is more expensive than college in 31 states.

This significant financial barrier is why families with low to moderate incomes stand to make the biggest gains from the implementation of universal preschool.

PSU Professor of Economics Emerita Mary C. King also discusses additional long-term benefits produced by early childhood education programs: “[These] programs reduce K-12 special education costs, and lower the odds that children will need to repeat grades.” She explains that the preschool programs aren’t overly academic. Play-based preschool bridges the “accessibility gap” and yields an even field in the social and emotional development of participating children that assists in a smooth transition to kindergarten and beyond.

The nation’s leader in universal preschool comes as a bit of a surprise. A historically red state, Oklahoma implemented state-wide universal preschool in 2001. During an NPR interview of Porter Elementary teacher Nikki Jones, she describes her project approach to learning in which she lets the kids guide the curriculum to promote high engagement. This type of student-directed curriculum facilitates a high-quality education for preschool-age kids. “If they’re not engaged then I spend my day managing behavior versus letting them be able to discover and explore and construct their own knowledge of something,” said Jones.

This is not a new or revolutionary concept; hands-on learning lesson plans such as field trips and programs like Outdoor School undoubtedly yield a higher level of engagement as opposed to a lecture-style lesson. This is especially true for kids who are kinesthetic or social learners.

Historically, the early childhood education workforce has been largely comprised of women, specifically women of color. In Oregon, the median hourly wage for a preschool teacher in 2019 was $14.40. For a childcare worker, the median wage is $12.46. (Source: Bureau of Labor Statistics.) These are jobs that require an immense capacity of mental, physical, and emotional labor and these workers are not being paid a livable wage.

“The measure will boost pay [to an $18/hour minimum wage] and incentivize professional development, which I think will help improve standards, reduce turnover, and better reward the largely female and person of color workforce in the industry,” states Portland Jobs With Justice Executive Director Will Layng.

UP NOW will provide free and required continuing education for all staff and employers, which is essential, as many staff members are low-income working parents who themselves can’t easily access full-time classes.

On the other hand, female parents in other industries also stand to gain. Again, Professor Emerita King: “Mothers of young children without access to free or low cost childcare experience big income drops while their kids are young, affecting their lifetime earnings. Women’s labor force participation rates are low in the U.S. because we have such weak family policies.”

Universal preschool is considered a two-generation child-parent program that combats poverty as it frees up parents to pursue their own educational or vocational development and opportunities.

Economist Timothy Bartik estimates that universal preschool programs produce a return of $9.45 for every dollar invested. This is by and large “our best use of tax dollars for local economic development, far outstripping the impact of tax breaks for businesses,” states King.

Former President Obama also describes positive societal impacts in his aforementioned SOTU: “Research has shown that taxpayers receive a high average return on investments in high-quality early childhood education, with savings in areas like improved educational outcomes, increased labor productivity, and a reduction in crime.” This initiative keenly aims to bring some much needed equity to women and BIPOC, but is an issue that affects us all.

Please check out the campaign, fill out a petition sheet, and share widely with other Multnomah County parents and voters. Full text of the initiative can be viewed here. The deadline to mail in or drop off your petition sheet is at the end of June. The campaign holds a daily signature gathering event at 2249 East Burnside from 11 a.m.-1 p.m. and 5 p.m.-7 p.m. and has prioritized health measures such as encouraging social distancing, providing hand sanitizer, and making sure volunteers are masked.

Disclosure: UP NOW’s campaign coordinator is a personal friend but I am not affiliated with the PAC beyond this relationship.

Janey Wong is an East Portland native and a freelance writer/social media manager. Her work ranges from copywriting to essays on food, culture, and identity. In her free time, she runs a food Instagram—@foodbbpdx, is an avid traveler, and a doting godmother to the best two year old ever.