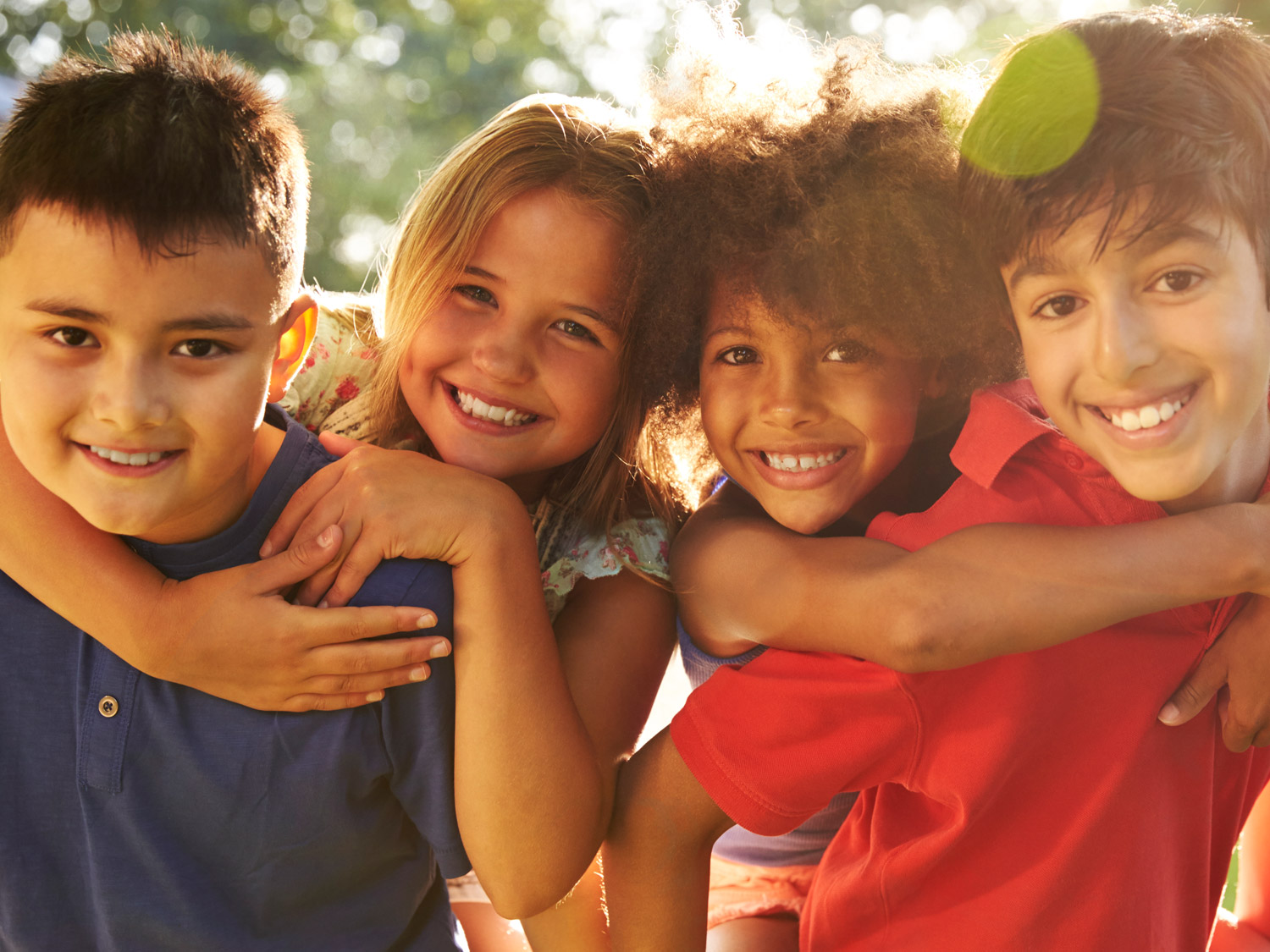 I talk to my kiddos about racism often. It is important to us for many reasons. We speak about race a lot because my daughter attends Ventura Park Elementary, a school that lands in the top 5% of “diverse” schools in Oregon (publicschoolreview.com, 2020). My daughter constantly hears different languages and shares her day with kiddos of many different cultures. Her school does an excellent job of putting a focus on multicultural education. Recently, the news about George Floyd has sparked a lot of conversation about equity, police brutality against people of color, and the importance of teaching anti-racism. Some people feel that young kids would not understand racism talks, but I disagree. My kids are four and seven, and we regularly talk about racism. Last night, we told my seven-year-old daughter about what happened to George Floyd. Then we let her stay up way too late to watch the riots on the news with us. We explained to her that all across the U.S., and perhaps even the world, people are coming together to “stand up for him” and share their anger about what happened. We also explained what peaceful protests look like, and how riots usually come when people feel like they are not being heard. It is important to have these conversations. These are the methods that I have used to talk to my kids about being an anti-racist.

Teach them about segregation-

Talking to kids about segregation is simple when you explain it in terms they understand. An easy example I used to talk to discuss a water fountain. I pointed to it and asked my kids, “Do you see that water fountain? Did you know that people of color were not allowed to use the same water fountains as white people in the old days? Isn’t that mean?” to which they nodded and said, in disbelief, “Whoa! Really?” I went on to explain that white people honestly thought they should not share things with people of color. Another example I used was their current friends in their preschool and first grade classes. I led the conversation with, “Do you know your bestie Deja in your class? Did you know in the old days she would have been separated across your classroom from you, placed in a different classroom with other black kids, or even excluded from the school just because she’s black?” to which my daughter replied, “UGH! Are you serious?” Kids understand colors at this age, so it’s easy enough to teach them that people were separated by the color of their skin in the old days, and that segregation is not fair.

Teach them about discrimination-

Talk to kids about the history of white supremacy. Research has shown that some parents don’t want to talk about discrimination because “it shows kids that hate exists in the world” (Costa, 2017), but it is important because white supremacy is still a reality today. If your child hears or sees the news at all, this should be addressed because stories about this are frequently shown in the media. It is simple as saying, “Sometimes, people in some cultures believe other cultures are less important than their own. We do not want to believe that because all people are important. We are all equal.” Whether your child is white, or a child of color, it is important to teach them that we are all equally important.

Teach them about inclusion and exclusion-

Talk to kids about what it looks like to include someone, and what it looks like when someone is being excluded. Explain to them that “science has proven” that sometimes, people tend to stick to people who are the same race/culture as them. It even has a name, it is called: “The homophily effect” (Phelps, 2015). I have talked to my kids about this relating to school. I noticed in my daughter’s class of 33 children, only three of them are black. I asked my daughter if the three black kiddos seem to ever group up with the majority of white kiddos at recess. She said “no.” I explained that whether people know it or not; sometimes they stick to people who are a similar skin color as themselves. I suggested trying to include them in their recess games. She did. I asked her about it again sometime later, and she said the two groups have come together much more after her invitation to play was offered. I explained to her that sometimes people stay apart due to race naturally, but sometimes it is on purpose, and that is called “excluding” people. I encouraged her never to “exclude” someone because of race, and to be extra thoughtful about “including” people if it seems like they are by themselves, or in a small group and seem uncomfortable.

Teach kids about bullying due to race/culture-

This one is extremely important. Teach your kids that sometimes with discrimination and a belief of racial superiority, bullying can happen. Explain to them that sometimes, kids will make fun of other kids because of their skin color, their cultural accessories such as a hijab or bindi, or their language. Explain that this is never OK and makes others feel bad or sad. You should encourage them to stand up for others, or if the situation seems like something they cannot help with, they should get an adult or teacher. Kids are kids, and sometimes they tease others, but that is why it is crucial to discourage them from “teasing” when it comes to culture. Explain that there is a long, hurtful history involved with racial teasing, bullying, and even violence.

Recently, a children’s book called “A Book About Racism” was created by a man named Jelani Memory who lives right here in Portland, Oregon. The author has six kiddos and says that he regularly teaches them about racism and anti-racism. This book would be a great (and local!) resource to start a simple conversation about discrimination and equity with your kids. Some other good examples are 1) “Seeds of Change: Wangari’s Gift to the World.” This is a Nobel-prize winner and is recommended for ages 5-9 years old. 2) “I’m New Here.” This book speaks about three kiddos who have immigrated to America from Guatemala, Korea, and Somalia and is recommended for ages 5-8 years old. There are many more examples that can be found by searching “kids books about racism” through Google.

Teach them about different cultural accessories and foods associated with culture-

My daughter came home from school one day and said, “Oh my gosh, mom. Grace eats SUSHI for lunch every day!” with a look of disgust. My heart dropped and I said, “Oh my gosh, please don’t tell me you have made that face at it or said anything about it,” to which she said, “No, mom! I would never do that, I love Grace!” I don’t know if I have ever been prouder of her. I simply explained that there are many different types of foods that are associated with varying cultures and explained many of the foods she eats are labeled as “American food.” She understood right away. I also explained that different people do not have to stick to their own culture of food, it is OK to enjoy many types of food. If kids see things that are different or “abnormal” to them, there is a chance that they could be rude or disapproving about it. I got lucky in this scenario with my daughter, likely because we talk so much about the discouragement of racism. It is important to show your kiddos what different food, clothing, and languages look and sound like so that they are accepting of it and understand it. Show them different cultural gowns and accessories. Show them what different language looks like in print. Listen to different languages occasionally. Exposure alone can do a lot when it comes to kids seeing things that differ from their “normal.”

These are just a few things you can do to promote a sense of equity in your kiddos. The more empathetic and understanding kids are, the better the world will be in the future. These small actions can promote a greater sense of understanding and kindness in kids and they will likely grow to be respectful, empathetic adults. Talks about racism should not be avoided, they should be viewed as necessary. Best of luck to you all in having these important, beneficial conversations. 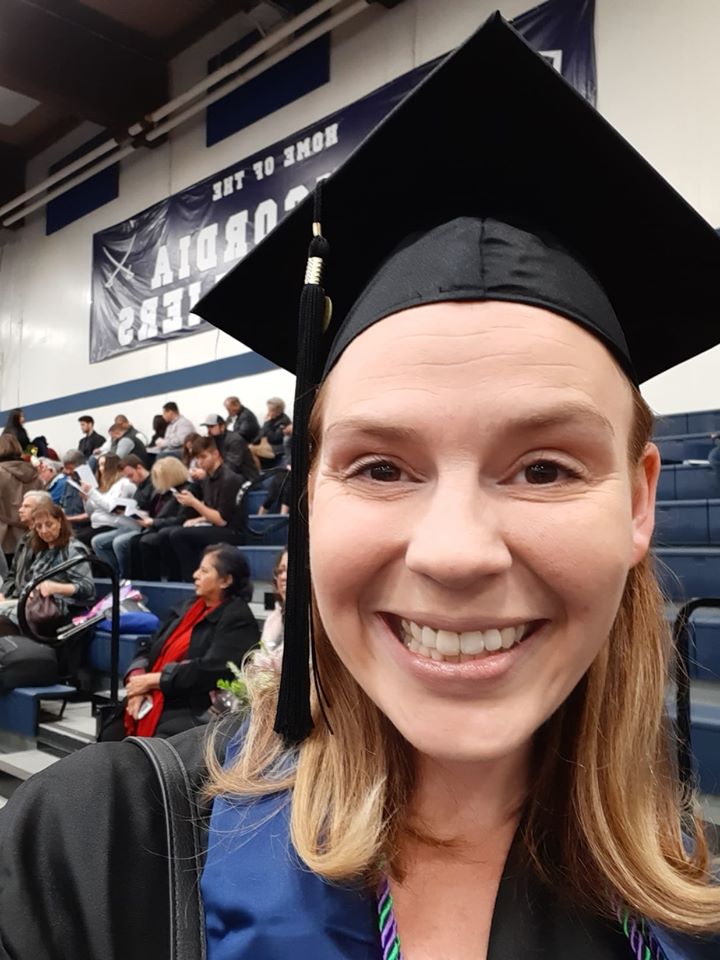