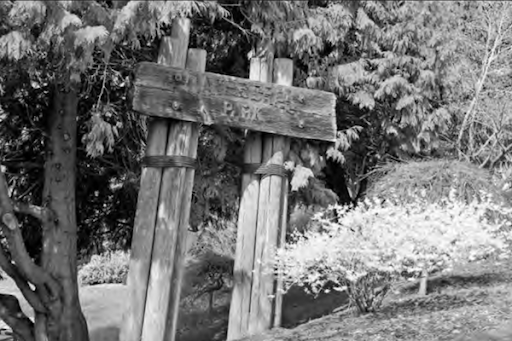 It’s October, and that means spooky season is upon us! October brings about the fun parts of being spooked—trick or treating and haunted attractions. However, many people do not like going to commercial haunted attractions like haunted houses. For those who want the haunt without the manufactured spook, haunted locations are often a preferred activity. Here are some places around Oregon that claim real ghosts and spooky events. Of course, we make no claims about the truth of these stories, as we leave that up to you.

Everyone knows that ghosts at sea are the stuff of legend. Ghosts in lighthouses are also quite common. The Heceta Head Lighthouse in Florence is no exception. This lighthouse is thought to be haunted by a woman named Rue. This name is given to her because of an Ouija board response during a séance. She is a grey figure in a Victorian dress, according to an article in The Register Guard[1]. She hasn’t been harmful or malicious, nor can her identity be verified. The residents in the area believe that she was one of the lighthouse keepers’ wives who lost a daughter. Unfortunately, the wives were not registered, so it’s almost impossible to verify. What do you think? Is Rue a grieving mother? Is this just creative storytelling?

Battery Russell is located in Fort Stevens and was built during the Civil War. However, it was the site of a Japanese attack in World War II. The military used this area to protect the Pacific coast during the war. Although Hawaii and other military installations also covered the Pacific, Battery Russell and Fort Stevens protected the coast nearly continuously. These days, a soldier in a 1940s uniform has been spotted on the premises when there shouldn’t be anyone in that style of dress.

This park in La Grande is a typical Oregon park. It has a playground, picnic area, and open space to enjoy nature. However, in the 1980s, it was the scene of a horrible murder. Like many murder victims, the spirit was left behind to wander the earth. The spirit initially haunted the merry-go-round, but these days she seems to roam the park property as the merry-go-round was removed.

Theaters nearly always have ghost stories attached, but movie theaters are not as often considered haunted. However, this cinema in Eugene has a haunted history. This cinema did not start as a cinema, though. Instead, it began as a chapel built in 1925. Following its function as a marriage chapel, the Bijou functioned as a mortuary before becoming the Bijou Art Cinemas. The Bijou is reportedly haunted, but this is unsurprising, with part of its life being closely associated with death.

McMenamins is a well-known name in quality accommodations all throughout Oregon. However, what you may not know is that the Edgefield location has quite a history. It’s even older than the Bijou Art Cinema, as it was built in the early 1900s. This structure was initially designed as a poor house and served Multnomah County for decades. In the 1930s, they even added an infirmary as many of the residents were ill. It became the Edgefield Manor in the 1960s. This lengthy history of housing the infirm and impoverished is no doubt why it is haunted today. A season of disrepair probably did not leave the spectral residents any happier.

Another of the McMenamins properties reported to be haunted is the White Eagle Saloon. This property is located in Portland. The property was built in the early 1900s as well. It has spanned the times as a rough and rowdy bar, supposed soda fountain, and even a more respectable bar. However, it would be more unusual not to find a ghost story or two with a long history.

Old Town Pizza is located in Portland and was once a hotel as well. Hotels are often the site of paranormal activities. This pizza joint is not an incredibly active spot, but a previous guest, Nina, may have never left. This guest was reportedly a prostitute who had been sold into her profession through White slavery. Rumor has it that she was offered a way out in exchange for information on local and transient nefarious characters. She did but was soon found dead. Her ghost still roams around the pizza parlor.

Cathedral Park was the home to a vicious murder in 1949. Thelma Taylor was murdered after trying to get home on August 5, 1949. She was a Roosevelt High School sophomore waiting for a bus home that night. She disappeared that night, and her body was found nearly a week later. The murder was particularly brutal and began as a rape attempt and ended after she was held captive overnight. Her official date of death was August 6. She reportedly screamed on the morning of the 6th and was killed by her captor. Her screams are still heard in the park today.

Many of these stories are just stories that people have told over the years and have been embellished. Others begin as actual events. Whether these ghosts exist or not is not for us to decide. The fact remains that their stories live on after their death in one way or another. Ghost stories all began as oral histories, and details are added and removed with every telling. The development of the internet has made it more challenging for these stories to change as much these days, but you may hear many versions around town. What’s your favorite story? Have you seen any of these ghosts?