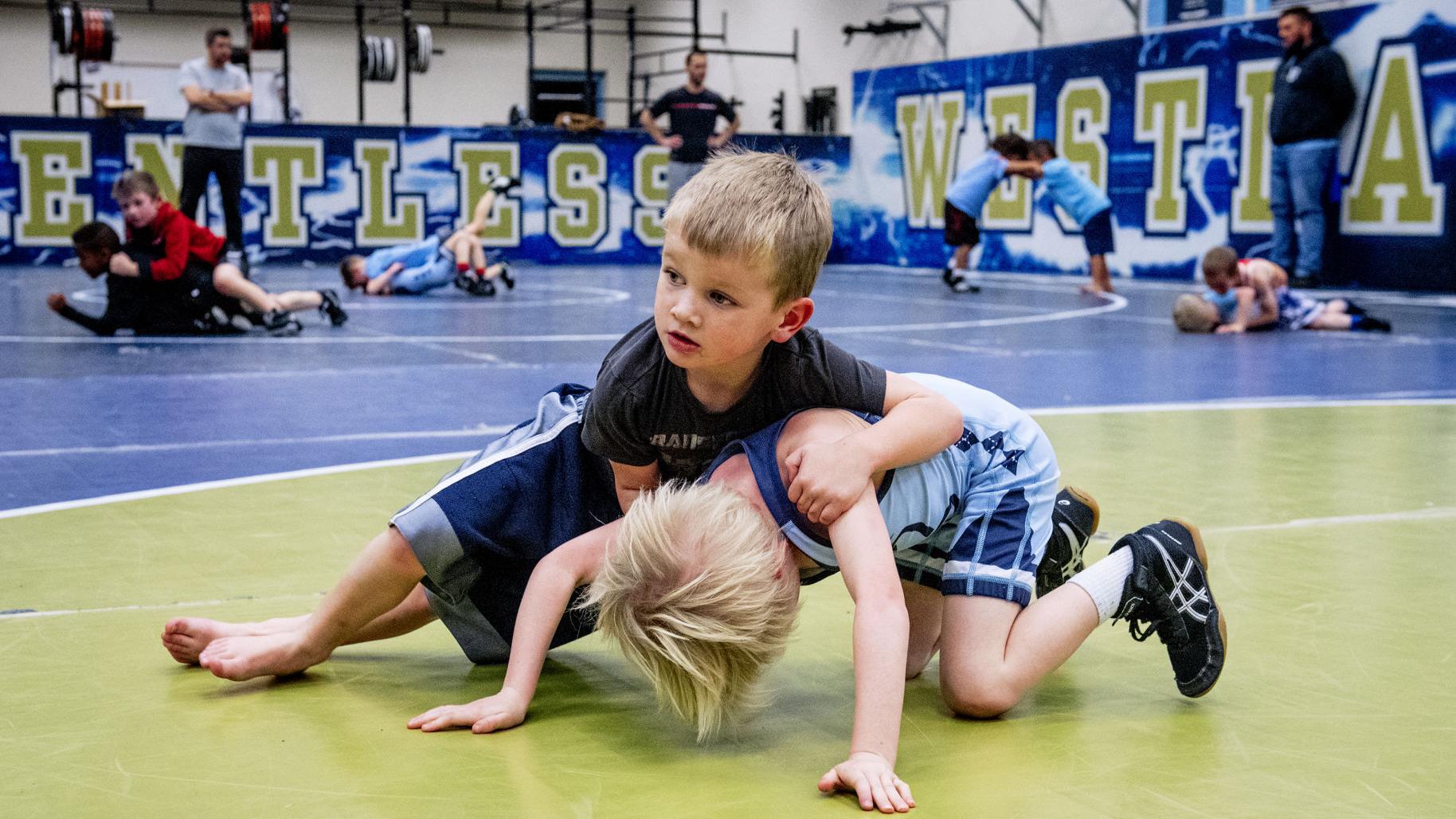 When my son was 8 years old, he wanted to wrestle. We were living in a very competitive wrestling town at the time east of the mountains. I missed the sign-ups at the start of the practice season, so he came in late to the game. In fact, he only had 2 practice sessions before his first meet. I raised my kids to be tough and resilient, but I admit I was fearful for him. He had exceptional coaches but minimal experience and knew just a couple of basic takedowns and maneuvers. All the usual thoughts of injury, loss of confidence, self-esteem, and him getting the beat down of his life we’re running through my head. I wanted so badly to save him from the reality he was about to enter.

We arrived at the meet on a Saturday morning. After standing in line for the pairing process, my son was assigned his opponent for his first-ever wrestling match. The boy looked like an 8-year-old navy seal. I found out later that he had been wrestling since he was 4 years old and had 100 matches under his belt. Unbelievable, I said, how can this be fair? Before I could protest, the referee blew his whistle over the deafening loud noise of the gymnasium. It was time for battle. The boy’s father ran over at the last minute and said, “Kill him, you understand me. .. kill him!!”

“Yes, sir,” the boy screamed at the top of his lungs. With that, the ankle bracelets were put on, and the match began. The boy double-legged my son at the sound of the first whistle. Now they were on the ground, rolling around like feral cats. My son was able to stand up and regain his footing for a brief second before his opponent picked him up over his head and body-slammed him on the mat. Our coach called out to referee against the move stating unnecessary roughness. The ref ignored his request, and the match continued. Time slowed down. 1 minute seemed like 10 years. My son is going to die out here, I thought. He’s completely outmatched; what have I done?  As the boy pummeled and choked my son across the mat for 3 rounds, I could see the tears coming down my little guy’s face. It was at this moment I felt so unworthy to be his father. What was I thinking about letting him fail at this level? I slipped into another state of reality and remembered some of the unfair things that had happened to me when I was a boy. I remembered being outmatched and outnumbered. I remembered that no one was coming to save me. I remembered being too small to fight back. I remembered that even if I failed, I would learn from my defeat and use that negative energy for something good. After what seemed like the rest of my life, the match finally came to an end. My son fought like a true champion. Unbelievably he never got pinned; in fact, he only lost by one point. I felt so bad for the other boy. His father was violently angry that he didn’t do better. I remember him crying afterward even though he won the match.

My son was pretty rattled. He was so upset about getting choked and the ref not doing the right thing. His mom sat him down and explained to him that life is and can be extremely unfair. So unfair in fact that oftentimes justice is never served. She told him if he wanted to quit, he could, but he would have to go and tell his coach himself. With tears dried on his face, I could see the wheels turning. He said he couldn’t quit. He wanted to wrestle, and this was his first time competing. So we made the decision together to press on. He still had 2 more opponents to face. He took that initial experience and learned from his loss, winning the next 2 matches by pinning both of his opponents. Wrestling became his new love, and he went on to win many more times throughout the rest of the season.

Failure can be the greatest teacher in our lives if we let it. The same goes for our children. So if you want your kids to be successful and empathetic as they grow older, don’t stand in their way … let them fail.